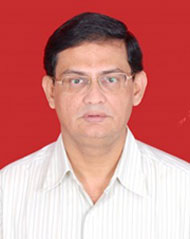 Drug Addiction: _ Intravenous injection of heroin typically causes a rush within seven to eight seconds. This method of drug use provides the highest intensity and quickest onset of the initial rush but is also the most dangerous. Also, approximately 10% of new HIV infections worldwide are attributable to injecting drug use, often of an opiate such as heroin. ______ Prologue: Drugs are fascinating because they change our awareness. The basic reason people take drugs is to vary their conscious experience. Seeking pleasure is a human trait and certain chemicals which give a feeling of high or pleasure have always been used by some people everywhere. Of course, there are many ways to alter consciousness, such as listening to music, dancing, exercising, day dreaming and participating in religious rituals etc. and the list suggests that changing consciousness is something people like to do. People use substances (drugs) to alter their […]